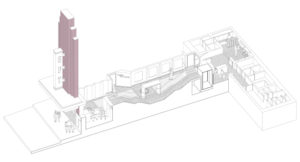 The Glasgow Film Theatre, formerly known as the Cosmo Cinema, was Scotland’s first art-house cinema.  Since opening in 1939 it has become a well-loved and treasured landmark within the city, exemplifying the heyday of cinema design. Its Art Deco period interior has subsequently acquired heritage value for its creative timber applications. 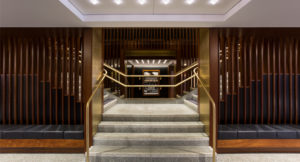 In 2011, the GFT embarked on a phased journey to deliver a masterplan vision for a significant refurbishment to the category B-listed building. Following the completion of the first phase in 2013, which included a new entrance box office facility and new sixty seat digital auditorium space, the recent completion stage by McGinlay Bell focused on the full refurbishment and alteration to both the public and private areas throughout the cinema building, encompassing approximately 350sqm in area. 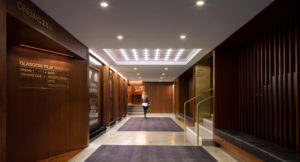 The principal aspiration for the project was to sensitively and seamlessly insert the new programme of interior elements and surfaces while respecting and reflecting the cinema’s former glory.

McGinlay Bell’s approach looked to traditional carpentry and wood making in order to formally establish ornament and decoration by carefully composed application of natural materials.  Taking cues from the cinema’s history a researched palette of timber materials resulted in the specification of sustainably sourced Iroko, profiled hardwood timber mouldings, and intricate curved profile forms. Layers of circulation space have been defined and separated by use of timber whether connected or organised by interlocking spaces or open rooms.

Key to the success of the new interiors was the expertise by specialist contractor Thomas Johnstone, who was able to bring workshop precision and controlled craftsmanship to the project.  Innovative methods of jointing and off-site fabrication also allowed for greater control and quality. 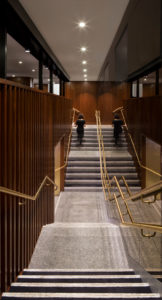 Delivery of the client’s ambition for quality and a sense of timelessness but equally good levels of robustness necessary for a well-used public space required the completion stage of the GFT masterplan to be managed, challengingly, during the building’s ‘day to day’ operations. 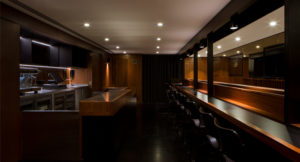 “But with all its challenges the project allowed for great opportunity to exploit design ideas in material selection, bespoke joinery, and the making of new architectural interiors respecting what has gone before while delivering something new but familiar,”(McGinlay Bell)

An Cala The project, a modest-sized two-bedroom home, is seen as a key exemplar in terms of demonstrating the potential of combining client-driven design delivered

Best Use of Timber Awards 2019 The awards recognise the innovative and creative use of timber in buildings in Scotland. Part of the annual RIAS

Edinburgh Traditional Building Festival programme issued, with the organisers turning their eyes to the future, COP26, and the sustainability of traditional buildings in a dynamic

As designers, we play a critical role in the material choice used in construction projects. These choices affect more than just the performance of a

Who is this event for Are you involved in the renovation of existing buildings? This webinar will introduce this Design Guide which is an essential

This is the annual review for the Materials Library, which summarises the work completed throughout 2019 / 2020. This includes CPDs, workshops and education, case

Next Page
Scroll to top